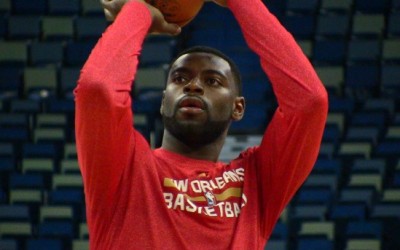 For our final pre-draft installment, let’s take a look at who the Pelicans could target if they move all the way up into the lottery. While moving into the top-5 seems nearly impossible, all the teams drafting 6-14 have made it known that they are open to moving their picks for somebody who can help them win immediately. Unlike those in the top-5, every team drafting 6 and later has their eyes set on the playoffs next season.

END_OF_DOCUMENT_TOKEN_TO_BE_REPLACED 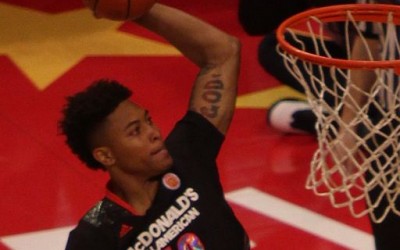 Last week I took a look at guys the New Orleans Pelicans could land with the 56th pick, and while that is the only pick they currently own right now, the NBA draft is fluid and it would not be a surprise to see Dealer Dell make a move. While Demps has traded four first round picks for young veterans in his tenure with New Orleans, the idea that he does not value picks or rookie players is a bit naive. If the right guy were on the board, Demps would likely be open to the idea of making a move, much like the franchise he learned his craft from (San Antonio) did when they traded George Hill for Kawhi Leonard when he fell back in 2011.

END_OF_DOCUMENT_TOKEN_TO_BE_REPLACED 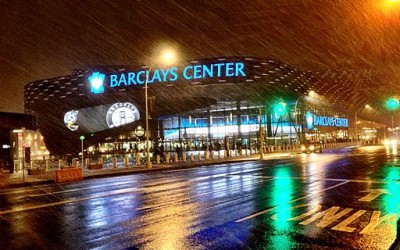 Finding a Sleeper with the 56th Pick

The draft offers hope for every fan base. Once a player gets settled into the league, we can tell pretty quickly whether he can hang or not — but on draft night every prospect has the potential to be the impact player your team needs. At least for the first 40 or so picks. After that, fans get a little more realistic about a player’s chance to become even a rotation player.

But there are always one or two players drafted late who can surprise the league, and if the Pelicans are going to make anything out of the 2015 draft, they’ll have to find a sleeper at #56. With that in mind, let’s take a look at the players taken #50 or later in the last nine NBA drafts and see if we can find a common thread to help us identify the next potential sleeper.

END_OF_DOCUMENT_TOKEN_TO_BE_REPLACED 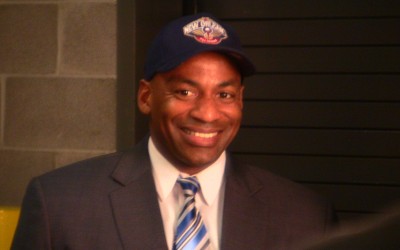 Pelicans: Time to Get the House in Order

The bulk of this article was written ten days ago — prior to Monty being let go — and it was much, much different. I would hesitate to even call it an article, more a rant of sorts. I was fed up with the dysfunction in the Pelicans organization — the only franchise in the NBA that had an owner who did not hire the GM, and a GM that did not hire the coach. Rumors persisted about a disconnect between Dell Demps and Monty Williams, which both acknowledged at different times. Williams even said that he reported to Mickey Loomis. Was this disconnect the sole factor holding this team back? Of course not. Could it have possibly worked out? Sure. But it certainly wasn’t the ideal situation.

END_OF_DOCUMENT_TOKEN_TO_BE_REPLACED

A Look Inside the Omer Asik Contract Negotiations

Mention the name ‘Omer Asik’ to any Pelicans fan and you will get a polarized opinion. Either he is a stone-handed, slow-moving, overrated defender, or he is the rebounding monster and anchor we need next to Anthony Davis. Add Asik’s next contract into the mix, and the arguments become even more heated. In fact, the Asik debate makes any Monty Williams or Eric Gordon discourse pale in comparison.

END_OF_DOCUMENT_TOKEN_TO_BE_REPLACED 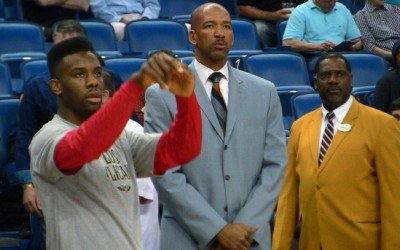 We can create whatever narrative we want after the devastating loss in Game Three Thursday night against the Warriors. Some people are saying the Pelicans let a golden opportunity slip away and won’t be able to recover, while others are saying the Pelicans can learn more from this experience than they could from any win. We create the narratives that fit what we want to believe. Sometimes they come to fruition, sometimes they don’t.

END_OF_DOCUMENT_TOKEN_TO_BE_REPLACED 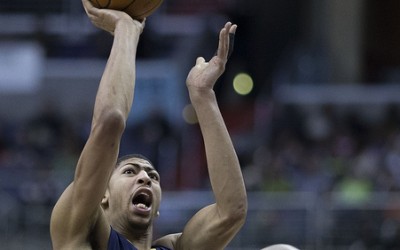 According to most, the conversation for this season’s MVP is down to two candidates: Stephen Curry and James Harden. A race that had four or five guys in the conversation all year has been whittled down to two, in large part due to the fact that those two candidates were the focal points of teams that finished 1 and 2 in the Western Conference. But MVP is not a team award, it is an individual one that should reflect the accomplishments of the players, not the team as a whole.