A Look Inside the Omer Asik Contract Negotiations 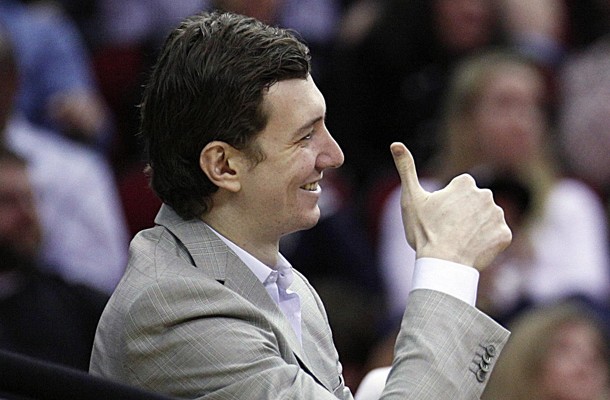 Mention the name ‘Omer Asik’ to any Pelicans fan and you will get a polarized opinion. Either he is a stone-handed, slow-moving, overrated defender, or he is the rebounding monster and anchor we need next to Anthony Davis. Add Asik’s next contract into the mix, and the arguments become even more heated. In fact, the Asik debate makes any Monty Williams or Eric Gordon discourse pale in comparison.

At the end of the day, it will come down to two men sitting down and having the same debate most of us are having, just in a more civil setting. Dell Demps and Omer Asik’s agent, Arn Tellem, will have to discuss the center’s value as he hits free agency this July. Let’s take a look at what each side will perceive Asik’s value to be and why, before trying to find a compromise that will work for everyone.

Marcin Gortat: Two summers ago, the Washington Wizards traded a 1st round pick for Gortat. After a solid season, Gortat hit free agency and the Wizards signed him to a fully guaranteed 5-year, 60 million dollar deal. Like Gortat, Omer Asik is a 4th or 5th option on offense who is often on the bench late in games because NBA teams often go small. But that doesn’t dismiss either player’s value throughout the course of a game, as they both provide a physical presence throughout the game and do the dirty work that keeps the superstar clean.

The market was set for a big man who was worth of a mid-first round pick. A big man who helped put a team over the hump and got his team into the playoffs. A big man who, while limited, is an intregal part of his team’s success. Adjust for inflation and where the cap is going, and the Pelicans have a baseline for where to start an Asik deal.

Inflation: The salary cap is jumping six percent this summer, then another 30 percent the year after, and another 23 percent the year after that. All said, the cap in 2017-18 will be 71.4 percent higher than it was this past year. Asik was paid $8.3 million in 2014-15, meaning that if you give him the same percentage of the cap in 2016-17, he would be worth $14.2 million with this new pile of money coming in that has to be spent on the players.

Many 12 month loans for people with bad credit require no faxing on your part, just apply online and you are instantly approved, many get funded for a loan in less than 24 hours!

Anthony Davis and a First Round Pick: Not only does Tellem represent Omer Asik, but he also represents Anthony Davis. Davis is the Pelicans #1 priority this summer and inking their superstar to a contract extension is essential. On top of Tellem holding this card, he also knows that Dell Demps gave up a first round pick for Asik and that Demps is reportedly on the hot seat moving forward. Can a GM afford to lose a player he gave up a first round pick for just one year earlier? Can he afford to play hard ball with an agent who essentially holds the fate of the franchise in his hands?

Tellem will start high given all these factors. He will base his initial number off of the Gortat deal, combined with the knowledge of where the cap is going. The first three years should come in around $34 million based on Asik keeping the same percentage of the cap he earned last season. In seasons 4 and 5, he maintains his average, earning another $22 million total. All in all, he would earn slightly less than Marcin Gortat last season despite having 4 seasons (not 3) occurring in the new era of the salary cap.

Asik’s Limitations: Omer Asik starts games, but he is not a full time player. He is a force on the boards and a solid anchor on the defensive end, but due to his severe limitations offensively, he can’t play typical starters minutes and he can be rendered completely useless in certain match ups (see: Golden State this year). He averaged just 26 minutes per game last year, and is averaging just 21 minutes per game over the course of his career. In addition, he does not normally finish games for the Pelicans when they are healthy. There are several centers who are not on a rookie contract that fit that same mold, including: Boris Diaw, Zaza Pachulia, and Timofey Mozgov.

Typically, the question is, can cats be emotionals support animals or it can result in a decline in an individual’s mental or emotional stability, which in turn affects their everyday life?

Dr. Marc Lazare are all under contract next year and their average salary is $5.9 million. Those three should be the baseline for where the Pelicans start with Asik.

Supply and Demand: Omer Asik is entering a free agent class that could be the strongest we have ever seen at the Center position. On top of that, the top two picks at the June 25th NBA draft are likely to be centers and it is entirely possible that four of the top ten picks will be centers. There aren’t many teams that have a huge need at center, and there are even fewer who will both have a need and the cap room this summer to pay Asik more than the MLE. The teams that do have the money are the young teams in the midst of a rebuild. Young teams that have high picks, hence the reference to the big men who figure to be a big part of this year’s lottery.

Looking at the free agent market, Asik will have to wait in line behind Brook Lopez, Al Jefferson, DeAndre Jordan, Marc Gasol, Enes Kanter, and Tyson Chandler. And depending on team need and player/team options, you might be able to add Roy Hibbert, Greg Monroe, and Robin Lopez to that list. Not to mention there are some lower level centers that can play the same fringe starter role for less. Guys like Kosta Koufos, Brandan Wright, and Marresse Speights. That’s 12 solid to great free agent centers out there to go with a fantastic big man draft class. Good luck getting top dollar for Asik with all that supply and little demand.

Other Clients: While it is true that Tellem holds some leverage by representing Anthony Davis, he also represents a few guys that Demps has done right by. Demps gave Tyreke Evans an above average contract for what the market dictated. He saved Quincy Pondexter from the bench in Memphis and made him a relevant player again. He has continued to employ Jeff Withey and could even give him a small contract this summer as a show of good faith to Tellem. It makes just as much sense for Tellem to do right by Dell as it does for Dell to do right by Asik’s agent.

Dell offers Asik a small raise over what he made last season and lands in between the mid-tier, low-minute centers like Pachulia and the high-end, low-minute centers like Andrew Bogut. Demps can argue here that Asik is a guy who should probably be getting paid $6-7 million per year moving forward under the current system, but that with the cap going up, that price gets inflated a bit. Demps will then say that he is willing to overpay him in year one, and that will offset the underpay in year 3, while year 2 will be a fair market value.

As you can see, Demps and Tellem will likely be pretty far off when the negotiation process begins, and they will both have valid points and leverage. Monty Williams said just last week that Asik is a big part of what the team wants to do moving forward, and Demps has said the same in the past. It is obvious that the Pelicans want to keep him long term, but Dell has likely learned his lesson from what happened with Eric Gordon just a few years ago. Rather than accept a possible sunk cost, Demps matched a max contract to Gordon, who seemingly held all the leverage. Demps just couldn’t let the biggest piece of the Chris Paul trade walk, and he has lived to regret that decision for most of the three years that followed. Despite giving up a first round pick for Asik, I am sure there is a limit that Demps will not exceed in order to keep him.

On the other hand, Tellem has some leverage, but he also probably knows that New Orleans values Asik more than any other team. If he overplays his hand, and the Pelicans turn around and sign somebody like Kosta Koufos, it might be hard finding Asik much over the mid-level next season. You will still have numerous centers on the market who are more sought after than Asik, and very few landing spots for Omer. Assuming that Asik wants to go to a team that at least has a chance to win, and also wants a starting gig, the possibilities include: Boston, Charlotte, Dallas, and Portland. Boston is not a fit, and the other three only come into play if their centers leave. And even if that happens, they will likely have other options higher on their list than Asik.

Both parties would be wise to work with one another and find something that is fair to both sides. For Asik, he will want as many guaranteed years and dollars as he can get. For the Pelicans, the priority should be to minimize Asik’s salary in years 2 and beyond. His cap number doesn’t matter much this year, since they will not have cap room regardless. For that reason, a contract that starts high in year 1 and declines makes the most sense. Based on what both sides want, the ideal contract would look something like this…

In this scenario, the Pelicans guarantee Asik nearly 35 million dollars, while also giving him the opportunity to become a free agent in the summer of 2017 when the cap jumps way up if he thinks he can earn more. For that, Arn Tellem gives Dell the ability to get out a little cheaper in year four if things don’t go well. This contract would allow the Pelicans to be big players in the summer of 2016 and/or 2017 if they so choose, with Asik only eating up a little more than 11 percent of the cap in 2016 and nine percent of the cap (if he opts in) in 2017.

It will be an interesting game of poker that Demps and Tellem will engage in this summer, but at the end of the day both men want the same thing: Asik back in New Orleans.

(P.S. – For a fantastic breakdown of Asik’s first season in New Orleans, check out this piece here.)