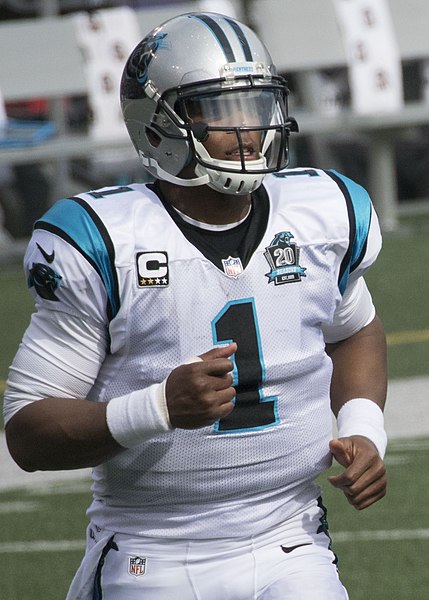 Coming in to the game on their second three game losing streak of the season, the New Orleans Saints (4-7) did not appear to stand much of a chance against the undefeated Carolina Panthers (11-0). On paper, it was a clear mismatch and should be a routine win for the Panthers, especially considering how the Saints had played in recent weeks. The lore of the black and gold playing in the Superdome seems long gone, so it did not appear as if the game being at home caused for any more hope than usual. There was, however, the notion that divisional games are always tough, regardless of each team’s record. That held true, as Drew Brees and the Saints gave Cam Newton and the Panthers all that they could handle, holding the lead in a back and forth contest that was not settled until there was just a minute left on the clock. New Orleans was unable to hand Carolina their first loss and spoil their attempt at a perfect season, but it is hard to be disappointed with the effort that was seen, considering their last three performances.

The Saints received the opening kickoff and despite putting together a seven play drive, they could not get much traction. They were forced to punt the ball away, but the Panthers also struggled to do anything with their first offensive possession. After a Carolina three and out from deep in their own territory, New Orleans took over with great field position at their own 49 yard line. On a 3rd down and 8, Drew Brees found Brandon Coleman for a big gain of 31 to get the Saints in to the red zone. Two plays later, Brees hit Ben Watson in the end zone for a 14 yard touchdown strike to open the scoring and make it 7-0.

On the ensuing drive, Delvin Breaux came up with his second interception of the year on a Cam Newton pass that intended for Ted Ginn Jr. Breaux returned the interception all the way to the Carolina 20 yard line, setting his offense up with a great opportunity to build an early lead. Unfortunately, Brees and the offense could not gain a yard, forcing a 38 yard field goal attempt from Kai Forbath. Forbath pushed the chip shot field goal wide right, letting the Panthers off of the hook. Carolina’s struggles continued, though. On their second play of the drive, Jonathan Stewart got stuck in a pile, allowing Stephone Anthony to rip the ball out of his arms before he could fall to the ground. With just about everyone except for Anthony thinking that the play was over, the rookie linebacker did not stop and ran all the way to the end zone, believing he had a touchdown. The heads up play paid off, because it was, in fact, a fumble recovery and a touchdown return, giving New Orleans a 14-0 lead.

Down two touchdowns in the first quarter, Newton and the Panthers needed to get something going. They did just that, marching 80 yards in 11 plays and getting on to the scoreboard on a 12 yard touchdown pass from Newton to Mike Tolbert. The key play of the drive came on a 4th and 1 conversion attempt at the Saints 41 yard line, when Newton kept the ball himself on a designed run and picked up 30 yards.

After a New Orleans punt, Carolina turned the ball over for the third time in the first half. This time it was Greg Olsen who had the ball stripped away by Brian Dixon, allowing Kenny Vaccaro to scoop up the recovery. Brees and the offense could not get anything going once again, punting the ball away for the third time. The Panthers put together an 11 play, 74 yard drive that was capped off with a 5 yard touchdown run from Stewart, getting back within an extra point. That ensuing extra point was blocked, though, and Anthony picked it up and returned it all the way to the end zone for the first ever defensive two point return in NFL history. The score gave New Orleans a 16-13 lead that they would take in to half time.

On the opening possession of the second half, the Panthers once again marched right down the field. On a 1st and goal from the 4 yard line, Newton got his bell wrung when he attempted to showboat his way in to the end zone, but was crushed by Michael Mauti prior to reaching the goal line. After a few plays and an offensive holding penalty, the Saints had a great chance to capitalize off of Mauti’s great play and keep the Panthers out of the end zone, but they just could not hold. On 3rd and goal from the 13 yard line, Newton found Ginn in the back of the end zone to give his team their first lead at 20-16.

New Orleans went backwards, going three and out and punting the ball away once again. With the ball back in his possession, Newton eventually struck once again from the Saints 13 yard line, this time hitting Devin Funchess to put them up 27-16. The pressure was on the Saints to not let the game slip away, but the offense stepped up. Brees found Brandin Cooks on a bomb for a 54 yard touchdown pass to get back within a score. Sean Payton decided to go for two and pull within a field goal and it worked out as Mark Ingram bulled his way in to make the score 27-24.

The Saints defense was able to force a quick punt from the Panthers, getting the ball back to their offense to tie or take the lead as the third quarter came to a close. Brees and the offense chose the latter, quickly going 72 yards in just 4 plays, capped off with a 24 yard touchdown pass to Brandon Coleman as New Orleans retook the lead at 31-27. It didn’t take long for Carolina to answer, though, as Newton hit Ginn for a 45 yard touchdown strike on just the fourth play of their drive, snatching the lead right back at 34-31.

With just under 12 minutes left in the game, things began to look bleak for the Saints. Down four, Brees was sacked to start the ensuing drive. On the following play, he was picked off by Kurt Coleman, setting the Panthers up at their own 46 yard line with a chance to extend their lead. Dennis Allen’s defense rose to the occasion, though, forcing a three and out and getting the ball back to Brees and company. The offense then went on an 8 play, 88 yard drive that was finished off with a nine yard touchdown run from Ingram, giving his team a 38-34 lead with 5:21 left in the game.

With his team’s hopes of remaining unbeaten laying on his shoulders, Newton once again stepped up. Carolina got in to New Orleans territory, but faced a 4th and 4 with just over two minutes left. Newton was forced to scramble to his left and despite being under heavy pressure, was somehow able to get enough on a pass to Olsen, who barely made the catch and kept possession as he rolled on the ground. Payton tried to challenge, but the play was upheld and the Panthers had a 1st and 10 at the Saints 30 yard line at the two minute warning. It then only took three plays for Newton to find Jericho Cotchery for the go-ahead touchdown from 15 yards out with just 1:05 left on the clock, taking the 41-38 lead.

With zero timeouts left, Brees and the offense had to move quickly to try and get in to field goal range for Forbath. They were able to get to midfield and spike the ball with :24 left on the clock, but three straight incomplete passes turned the ball over on downs and Carolina escaped dropping their first loss of the year to their division rivals.

The Saints (4-8) will head on the road to face the Tampa Bay Buccaneers (6-6) for their second meeting of the year. These two teams first played in Week 2 of the season, which was the game that Drew Brees’ shoulder was injured during the first quarter. Tampa Bay is in second place in the NFC South after finishing off a sweep of the Atlanta Falcons last week. The game will be on Sunday, December 13th at 12:00 noon central time.

Thanks for tuning in, folks. We’ll pick things back up later this week for the Buccaneers matchup. Even at 4-8, Who Dat?!